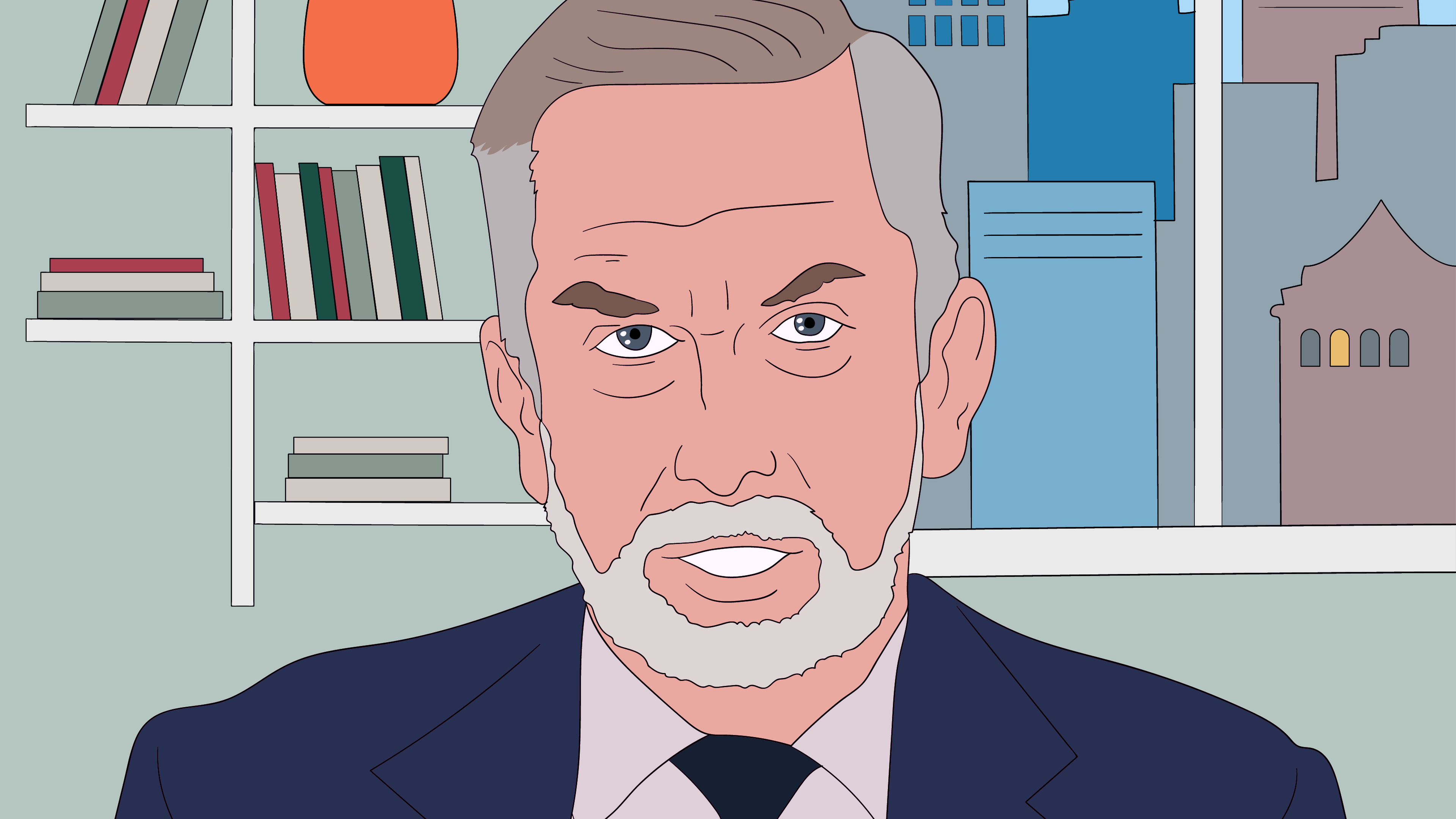 Get to know: Terry Smith

Terry Smith has been referred to as “the English Warren Buffet” for achieving superior results with his robust investment strategy. Once UK’s top-rated banking analyst during the 1980s, today bestselling author, founder, and CEO of the investment-company Fundsmith. With an annualized return of 18.4 percent since 2010, you may wonder: what makes him and his investments so successful?

Terrance, or simply Terry Smith, was born in 1953 in London, England. He is a notable fund manager and the main founder and CEO of Fundsmith, the London-based investment management company, where he has managed its flagship Fundsmith Equity Fund since its inception in 2010. Formerly, Smith was the CEO of Tullett Prebon and Collins Stewart and is today not only a legendary fund manager but also a bestselling author and regular media commentator on investment issues.

After attending Stratford Grammar School and reading history at University College Cardiff in 1974, Smith started working at Barclays Bank, where he initially managed the Pall Mall branch before transferring to the bank’s finance department. The Barclays finance department is what sparked his stock analysis interest.

His newly found interest in stocks made him obtain a master's of business administration (MBA) from Henley Management College in 1979. After working as a research analyst at W Greenwell & Co, and other positions within Barclays, he became prominent as the UK’s top-rated banking analyst throughout the 1980s. He later became Head of UK Company Research at UBS Phillips & Drew in 1990. However, his tenure at UBS was not long-lived, as he was dismissed in 1992 after publishing the controversial report "Accounting for Growth," which later became his best-selling book with the same name.

In 1990, several major FTSE 100 (100 largest companies by market cap on the London Stock exchange) public companies went bankrupt, for example, Polly Pec and British and Commonwealth. Being Head of UK Company Research at UBS Phillips & Drew, Smith’s clients were eager to know why these firms failed, despite earning healthy profits. This led Smith to write a report showcasing that these firms had run into problems regarding cash flow, not profitability and that deliberately misleading accounting techniques had been used.

The growth that characterized the British industry in the early 1990s wasn’t always caused by improved efficiency but was often generated from manipulated profits and arguable accounting techniques.

In the report, Smith examines twelve of these accounting techniques developed during the 1980s to make reporting continuous growth in earnings per share (profit) possible. This gave an entirely false picture of the company's health. Smith urges investors to switch focus to the balance sheet movement, dividend potential, and above all, cash levels to evaluate how the companies are performing.

When first released in 1992, the report caused a big stir in London and beyond, as creative accounting practices were put under the microscope. Although Smith was fired for publishing this report, he has continued encouraging investors to understand how and why companies' accountants can increase their profits by using different questionable methods.

In 2010, Smith founded Fundsmith, the London-based fund management company. With a focus on delivering superior investment performance at reasonable prices. In line with Sir John Templeton’s axiom, “If you want to have better performance than the crowd, you must do things differently from the crowd,” the fund was established to be different from its peers to achieve superior results.

The fund is structured not to be reliant on any single person, Smith included. All firm partners have invested significant amounts of money in their funds, clearly aligning their interests.

The Fundsmith team mainly focuses on investment analysis, portfolio management, and customer care. Hence, other inferior activities are outsourced to some of the world’s leading providers.

As of 31st December 2021, the fund managed 43 billion pounds. The customers are mainly some of the world’s largest and most sophisticated wealth managers and private banks, as well as prominent families, charities, donations, and of course, the individuals invested in their fund range.

What similarities are there between investing and the multiple-stage bicycle race, “Tour de France”? Smith makes this analogy in his book, Investing For Growth. He means that it’s meaningless to expect an investment strategy or fund manager to perform well in all various market conditions. Equally, it’s almost impossible to find a cyclist who can win every stage of the Tour De France, as it has never been done.

As investors tend to examine their portfolios way too often, often daily, Smith suggests that “to assess an investment strategy or fund, you need to see its results across a full economic cycle with both bull and bear markets“. Similar to the race, what distinguishes the winners from the losers, is endurance, and the ones that find a good strategy or fund and can stick to it, become winners in the long run.

Returning to this old saying, much evidence points at the shortcomings of switching and changing investment strategies.

“The English Buffett,” or why not only “Smith”

With his great success as a fund manager, founder, and author, Smith has undoubtedly made a name for himself and maybe shouldn’t be compared to Buffett. By following his principles which are reflected in Fundsmith’s investment strategy, individual investors can draw huge benefits. His timeless lessons guide investors to act rationally without letting emotions interfere. He means, as frequently mentioned by heavy hitters in the investing field, that the best course of action often is to just “sit on your hands” and let time take its toll.